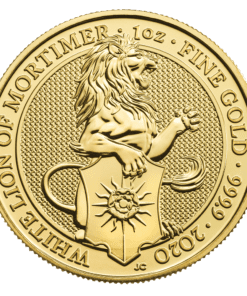 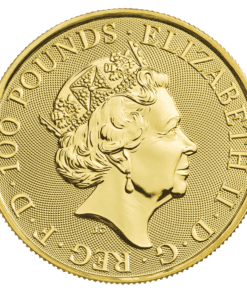 This is a brand new 1oz gold bullion coin. Produced by the Royal Mint as part of their esteemed Queens Beast series, the Gold White Lion Queen’s Beast is the eighth issue of a ten coin series. Each coin is minted to 999.9 purity gold, containing 1 troy ounce of 24-carat gold. Gold’s will arrive in official tubes for orders in multiples of ten. Like the other 1oz gold coins in the series, the White Lion possesses a face value of £100, qualifying the coin as legal tender – meaning any profits made when selling the coins in the future are completely free from Capital Gains Tax. The Royal Mint has produced these coins to bullion finish, deeming them ideal for investment due to their lower production cost.

History and Design of Lion of Mortimer

The Queens Beast series celebrates the ten heraldic beasts which were present in statue form at Queens Elizabeth’s 1953 Coronation at Westminster Abbey. The beasts represent the queen’s illustrious line of ancestry with each creature associated with various Royal Houses and monarchs. The Royal Mint produce these coins in gold, silver and platinum versions, with the silver coming in 2oz and 10oz editions, while the gold is produced in quarter ounce as well as these full 1-ounce versions.

Not to be confused with the Lion of England emblem, also celebrated in the Queen’s Beasts coin range, the Lion of Mortimer features no crown and its tongue and claws are blue rather than red. Originally inherited from his grandmother, heiress of the Mortimers, it was Edward IV (1461-1483) who first used the Lion of Mortimer in the Royal Arms. Representing his House of York, the Lion design holds a blue shield with white rose on a golden sun. The symbol has since been favoured by King George VI, Queen Elizabeth’s father. The wonderfully detailed main image pops out even more as it sits on a dimpled background, adding depth. Around the edge of the image is the wording ‘WHITE LION OF MORTIMER’, coins weight ‘1oz’, ‘FINE GOLD’, purity ‘999.9’ and finally the year of issuance.

The design of both the reverse and obverse of this coin is by renowned artist Jody Clark. While Clark’s 5th portrait of the Queen is now familiar on the full current range of Royal Mint coins, it is only the Queens Beasts coins which showcase his design on the rear too. In fact, it’s unusual for the Mint’s coins to feature both sides by the same artist.

Snap these fantastic coins up while you can. Whether you purchase one coin as part of the full ten-coin set, buy the various sizes and precious metal versions, or buy higher quantities for investment, make sure you do it while stocks last. Previous issues of the series have sold out quickly with premiums rising significantly as gold coin collectors seek difficult to obtain coins. Premiums when first released tend to be low, offering a small window of opportunity to lock in incredible value.

Like the gold Britannia, the Lion of Mortimer Queens Beast coin is very popular for gold investors due to its tax-free status for UK investors. 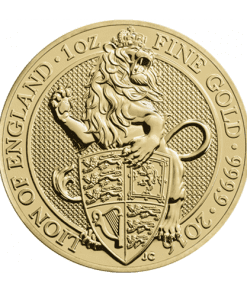 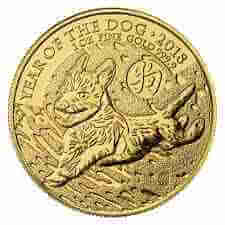 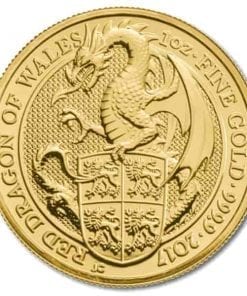 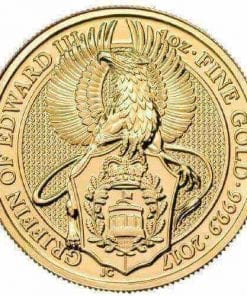